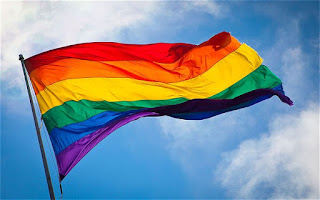 As I said in my previous post, I like Bernie Sanders, and I like Hillary Clinton, and I'd enthusiastically support either of them in their run for president against Donald Trump (the likely Republican front runner at this moment). I also think that Hillary Clinton is probably going to win the nomination, and that's fine with me.

I have heard a lot of people dismiss Hillary Clinton as "pretty good... for a Republican" or say that she's not a real liberal. I totally disagree, and in my next few posts I hope to make a convincing case that Clinton is, for liberals, a pretty good liberal ally, and vastly superior to Donald Trump. (Which, admittedly, is a low bar for me.)

Here are a few brief comments about what I think of the state of the Democratic primary so far.


I know I have many liberal friends who will disagree with me on several of those points. No problem.

I have a lot of concrete reasons for thinking that Hillary Clinton is a decent candidate, and my fellow Democrats should be proud to support her in the general election. I also know that many reasonable Bernie Sanders have not yet conceded my point #7, so I'm a little wary of making them defensive by posting them right now. The question will probably be resolved one way or the other in the next few weeks, or by July 25th at the latest, and I've already voted. So while I do think Clinton will be the nominee, I don't feel strongly about arguing for it right now.

Regardless, I've heard a few Bernie Sanders supporters say they feel very depressed when they contemplate their candidate possibly losing the primary. I understand this disappointment, but I don't share the feeling that Sanders is the one and only candidate who can do the right thing in office for the next four to eight years.

For those people, I will be posting a follow up to this post in the near future, discussing my thoughts on Clinton as the nominee. Should Sanders turn the tide in the meantime, that's fine too; my arguments will not be needed.

Posted by Unknown at 4:10 PM 8 comments: Links to this post