Pitfalls of a skeptical kid

Quite an eventful Christmas this year. Caitlin and Samantha have come to visit for the entire vacation period. Keryn is engaged. I've met most of the family of my future brother-in-law. They seem like nice folks.

One distant non-relation is a little girl who is 5, exactly Ben's age. She is my sister's fiance's brother's girlfriend's daughter. ("So what does that make us?" "Absolutely nothing... which is what YOU are about to become!") The two kids got along great. Ben's been missing two front teeth since some unfortunate horseplay when he was 5. This girl has lost a tooth in the natural way, which is a hopeful sign because it means that Ben's disfigurement won't stand out for much longer.

They got in the following conversation:

Ben didn't answer that one, although I like to think that he knows the real answer and just chose to let it drop. (He does know, after all, that parents bring Christmas presents.)

We made a conscious decision when he was born not to teach him to believe in made-up things like Santa and the tooth fairy. That was a tough decision, but he's just now coming to the age where our decision can ruin the fun for other parents.

Ginny and I had a couple of talks with him. I tried to explain to him that we felt it was the right decision not to pretend that imaginary things are real, because we didn't want to lie to him. But at the same time I struggled to justify why it's okay for other parents to lie to THEIR kids.

At one point he asked "So other parents tell their kids Santa is real to make them happy?" And I said "Yes, that's right." And he said "But I'm happy." Good kid. :)

Ginny had the immediate concern that Ben would blab about Santa to his best friend, who came over on Christmas morning to have breakfast with us after the presents were opened. She said "You CANNOT tell Calvin Santa is real. No, not even if he asks what Santa brought you. You can just say 'I got this and this,' and you don't have to lie about who brought it. You just don't say."

I told him it that this is just a game that some parents play. It's a secret. Since you know the secret, you get to share the game with the rest of us adults. So don't tell anyone the secret, or you'll spoil the game for other kids.
Posted by Unknown at 6:29 AM 5 comments: Links to this post

Obama on the Rise

I'm mainly posting this for the benefit of my sister-in-law Lynn, who I know is a huge Obama supporter. This is a remarkably positive article about Barack Obama by Matt Taibbi, who is usually incredibly cynical regarding both sides. Yes, he throws in a healthy dose of skepticism in describing the "well-oiled political machine" that Obama actually has at his command. But the ending is pretty upbeat, at least for Taibbi:

"So maybe it's OK to let the grandiose things that an Obama presidency could represent overwhelm the less-stirring reality -- i.e., Obama as more or less a typical middle-of-the-road Democrat with a lot of money and a well-run campaign. Maybe it's OK because it's not always about the candidates; sometimes it's about us, what we want and what we want to believe. And if Barack Obama can carry that burden for us, why not let him? Seriously, why not? The happy ending doesn't always have to ring false."

Disclosure: My ranking is Edwards, Obama, Clinton. Maybe stick Chris Dodd in before Clinton due to his recent filibuster stunt, which I thought was pretty awesome. One the whole, I'd rather have Edwards in office due to the fact that he's selling himself more on his positions on the issues than on his personality; I feel that he has stronger positions on economics and the environment than Obama does.

But that doesn't mean I'd have any qualms about voting for Obama; I think he's a solid and charismatic candidate, and that may matter more in this race. For that matter, based on the current front runners, I feel pretty confident that whichever Republican wins is going to be a complete train wreck in one way or another. Hillary Clinton may not be my ideal candidate, but compared to Huckabee, Romney, or Giuliani? No contest.
Posted by Unknown at 3:32 PM 3 comments: Links to this post

I've been waiting two years to say this... 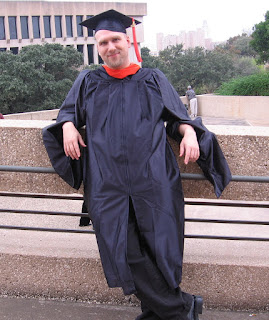